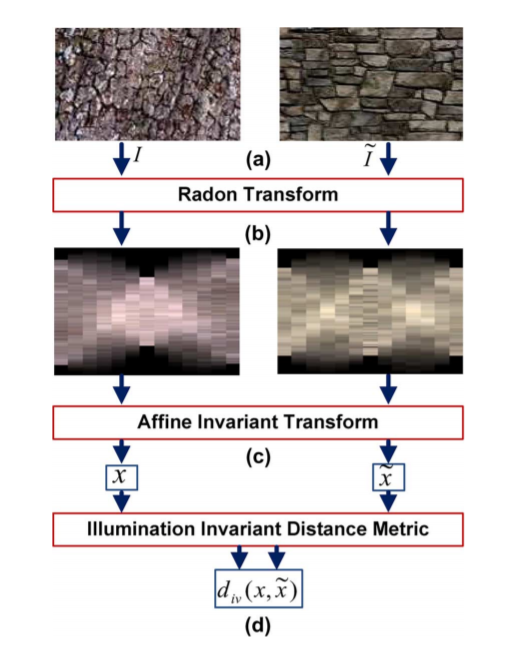 In this paper, we aim to handle the intraclass variation resulting from the geometric transformation and the illumination change for more robust texture classification. To this end, we propose a novel feature descriptor called Radon representation-based feature descriptor (RRFD). RRFD converts the original pixel represented images into Radon-pixel images by using the Radon transform. The new Radon-pixel representation is more informative in geometry and has a much lower dimension. Subsequently, RRFD efficiently achieves affine invariance by projecting an image (or an image patch) from the space of Radon-pixel pairs onto an invariant feature space by using a ratiogram, i.e., the histogram of ratios between the areas of triangle pairs. The illumination invariance is also achieved by defining an illumination invariant distance metric on the invariant feature space. Comparing to the existing Radon transform-based texture features, which only achieve rotation and/or scaling invariance, RRFD achieves affine invariance. The experimental results on CUReT show that RRFD is a powerful feature descriptor that is suitable for texture classification.